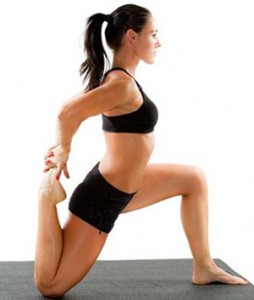 Yoga has so many benefits and many surprise results for a person who usually practices this kind of meditation. If your initial goal in doing yoga is to get more limber, reduce anxiety or turn into one’s quiet space you’ll also find that you’ll receive additional gains other than that.

The sun salutation is called surya namaskar in Sanskrit is a basic symbol of it. It typically consists of twelve different poses and unlike gentle stretching; it has a nice effect on the internal body parts of a person such as heart because it is repeated at a pace that stimulates the entire cardiovascular system as well as the respiratory system. If you do the sequence slowly this won’t occur that good, but if you repeat it twelve to fifteen cycles without pausing then you will feel the effect, you can feel the increase heart rate of your breathing and circulation.

What is unique about this series of practice is that it not only tones the muscles but there is a strengthening as well and stretching of muscles. It also incorporates some basic poses such as the cobra and downward dog enabling one to stretch both forward and backward. Also, it’s hard for the mind to wander around and engage in worry, fantasy or other distractions because you need to focus on each step.

In doing it, certainly there is no need for props to be used since it only uses one’s body to complete the practice. Many people practicing this start their morning with yoga meditation before work. Each school of yoga has it’s own variations. 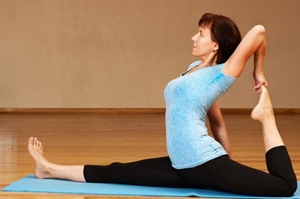 Everyone wants to stay fit and healthy and its been into the minds of people all over the world today.

Bikram Yoga is been considered as one of the most efficient as well as effective yoga techniques which helps in ensuring good health and well-being for people all over the place. Bikram yoga has attain the expertise in the field of Yoga and hot yoga is an leading example of that, bikram yoga have started yoga classes for different age of people where they illustrate different yoga postures and exercises clearly in front of them. But there are many people who are unable to attend these yoga classes due to lack of time but for their convenience several online yoga classes are run by bikram yoga where online yoga instructor teaches them the art of yoga at their home. The early stages of bikram yoga classes will comprise some basic workout and gradually the height of intricacy will begin mounting. Yoga is a part of the standard exercise routine for many people all over the world.

Now a days different category of yoga exercises and yoga classes are available across the country and world but people should make sure that they select the right kind of class depending on the current state of their health. The exercises which are being done during the course of these classes should not put any kind of undue pressure on the body. The teachers in bikram yoga classes provides the true sort of direction in order to make sure that people do not undergo any type of health problems or complications after doing these movements, they make sure all the exercises are done in a slow and stable manner in order to attain the exact type of result desired. 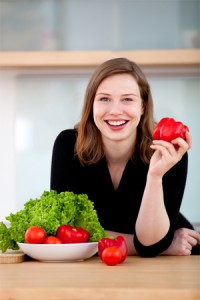 To help you stay focused, you need a diet rich in iron, B vitamins folate, complex carbohydrates and essential fatty acids because brain cells require twice the energy of the other cells in the body.

The relationship between the level of iron in the body and the brain’s ability to focus first examined in 2001. In a study of the Agricultural Research Service, led by Mary J. Kretsch, foods rich in iron can help to concentrate and focus.
Iron-rich foods such as wholemeal bread, green vegetables, nuts, fish, meat, poultry, pasta and cereals.
Folate

Folate is a B vitamin necessary for the synthesis of nucleic acids and long chain fatty acids that are essential for brain function. For pregnant women, folate-rich foods such as melons, bananas, orange juice, strawberry, lemon, spinach, asparagus, dried beans, split peas, rice cereal and it is very important. If pregnant women folate deficiency, it can increase the risk of babies born with disabilities.
Vitamin B-6

Vitamin B-6 is a healthy brain food because of this vitamin can change food proteins into amino acids necessary for the production and synthesis of neurotransmitters dopamine and serotonin. According to dieticians, a third substance that makes the brain to focus on in a long time.
Foods rich in vitamin B-6 include peanut butter, walnuts, soybeans, peanuts, oatmeal, sunflower seeds, tomato juice, tuna, eggs, fish, beef, chicken and potatoes.